This edition of CdnTimes is dedicated to Allies.

Organizations and individuals are being called upon to support and protect the efforts of those whose rights, voices and futures have been abused through long-term, systemic exclusion and oppression. These are huge, sweeping narratives and, I don’t know about you, I feel pretty small and powerless within them. What can I do to support the movement towards equity?

I attended the Secret Path album and video release on October 18th at the National Arts Centre in Ottawa. This is a project by Tragically Hip frontman, Gordon Downie, that puts voice, music and image to the Chanie Wenjack’s story. Chanie died in 1967 while attempting to walk from the Cecilia Jeffrey Indian Residential School to his home 400 miles away. Secret Path is an art project, but also a consciousness and fundraising project – attempting to push towards positive change and reconciliation.

As I watched the concert I weptweptwept. But I also ragedragedraged, for many of the same reasons Hayden King details HERE.

After the concert and a short documentary, project producer and elder brother, Mike Downie took the stage to introduce and thank the artists involved in Secret Path. As each artist came onstage, they were accompanied by a female member of the Wenjack family. The women waited silently as the men unwittingly reinforced the culture of the privileged – congratulating each other for their progressive actions speaking up for the marginalized.

When the mic was finally yielded to Pearl Wenjack (one of Chanie’s surviving sisters), she asked us to stand as she sang a prayer song. She said their father died not knowing why Chanie was taken and to this day, their mother still doesn’t know why. The room replied with silence.

There we were, standing as we had been asked, witnessing grief, and not knowing what to do.

This was the most authentic response I’ve witnessed by Canadians to the very real questions posed by reconciliation. The silence spoke for the collective uncertainty of the people in the room. How do we proceed from here?

In the words of Toronto theatre artist Ravi Jain, “an Ally supports your cause without taking it over, co-opting or pretending to lead it. It isn’t about championing, it isn’t about leading. Give your microphone to the voiceless.”

What would have happened that night if the producer pre-empted the celebration and instead handed the microphone to Pearl Wenjack and her family? If the evening was focused not on the accomplishments of the makers, but the voices of the survivors?

In this edition of CdnTimes, we ask you to consider Allyship and practical actions you can take to hold space and lend support to others.

This week Cole Alvis, Executive Director of the Indigenous Performing Arts Alliance (IPAA), calls for the National arts community to support the Awkward Call to Arms led by IPAA, the AdHoc Assembly and The Deaf, Disability & Mad Arts Alliance of Canada in response to the upcoming final deadline for the Canada Council’s New Chapter Grant.

The second article, (released November 1) by Becky Low, Managing Producer at Rumble Productions in Vancouver, offers some ways of thinking and practical changes to better support marginalized artists and voices in the creation of new work.

And the third article (released November 8) by the Spiderwebshow’s Associate Producer Clayton Baraniuk will relate tools and perspectives about supporting deaf, disability, and mad artists and arts practices that he gained while visiting the UnLimited Festival in London, UK.

Trying to answer Chanie’s mother’s ‘why?’ is futile. There is no answer that can satisfy or bring peace. But there is that silence, the void that asks, “what next?”

Now that’s a question we can begin to answer.

PS: Let me also introduce CdnTimes’ new Co-Editor Laurel Green, a newlook for the Spiderwebshow website, and a new format for CdnTimes. We will continue to publish three articles on one theme, but will release one article per week for three weeks, fostering a national conversation in the space between.

Can Canada Unlimit Itself? 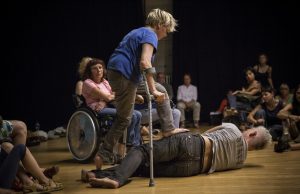 My job at Canada’s National Arts Centre allowed me to work closely with and learn from several artists in Canada’s Deaf, disability and Mad...

Trying to Learn More – Do Better 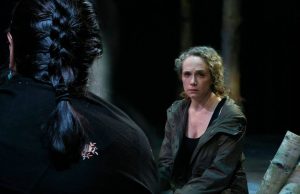 Over the past four years, my priorities as a producer have changed dramatically. When I first started at Rumble my biggest question was, “Where...

An Awkward Call to Arms 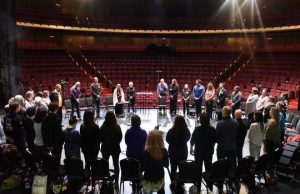 As the leader of the Indigenous Performing Arts Alliance (IPAA), a national arts service organization that claims space for all Indigenous performing artists, I...