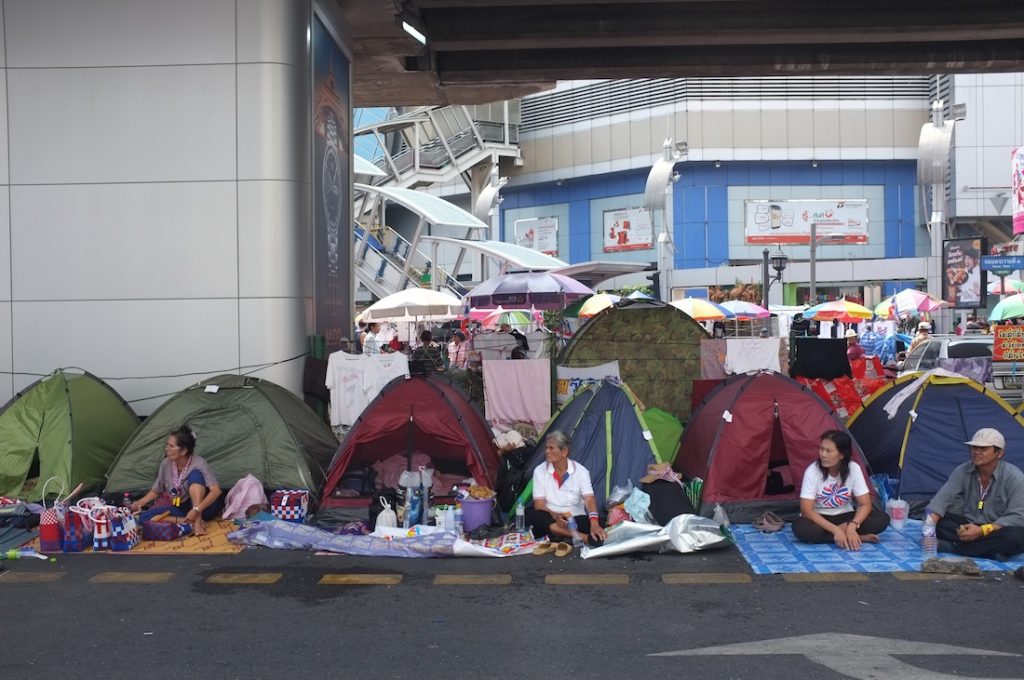 I’m presently traveling through Thailand for a quick holiday with my partner. I’m writing this from my phone at Railay beach in Krabi. Overlooking a sunset and crowds of mainly white westerners who, like me, have spent money to be not home. I’m typically conflicted about these trips. I want to see beyond my back yard and am happy tourism dollars stimulate otherwise struggling economies. But I can’t shake that we take these places for our leisure, make them ours and passively add them to our storybooks while neglecting the past, present and future of the people who’s homes we rent.

Flight delays handed us an overnight stay in Narita, Japan. Refusing to content ourselves to an airport hotel, we found a quiet hole in the wall restaurant swapping smiles and broken flowers with two patrons and the wait staff. Ca-Na-Da. That is our home.

Yes, on est hiver. Many medals drape our athletes necks.

A few minutes pass before one remembers the sweetness of maple. “Syrup”, they proclaim, grinning the silliest of smiles.

Yes, our maple syrup is the best. I try to explain the tale of the great syrup heist of 2012. Pretty sure it was gibberish to them, but there was a quirky universality I had hoped they could relate to.

In the end, I know that this is what Canadians are to most of the world. Maple syrup and winter sports. Japan is sushi and sumo wrestlers. The U.S. is cowboys and hot dogs. France is baguettes and the Eiffel Tower. Thailand? Pad thai. National identities reduced to food, accessories, landscapes and sports.

In 2005, I co-founded Tableau D’Hôte Theatre, a company dedicated to presenting English plays from the Canadian cannon to Montréal audiences. The works of Walker, Thompson, Panych & co. had mainly been ignored by the larger houses and I was enamoured that such plays were written by Canadians, a concept that sorely lacked from my high school education.

9 years and many political battles later, I’m often embarrassed by our mandate. I stand proud of our work and the artists we create with, but it’s strange that somebody who doesn’t particularly like Canada, to dedicate time, money and health to indirectly trumpeting Canadiana.

Canada isn’t my land to love. It’s stolen land. We operate on unceded, unconquered and unsurrended native territories. Everything I’ve experienced and everything I am is a direct result of mass genocide and centuries of colonialism. Our governments unwillingness to acknowledge these truths and honour treaties fills me with rage and shame and I no longer hold any illusions to the myth of the peaceful,compassionate, progressive Canadian.

From our recent transphobic misgendered imprisonment of Avery Edison, to the police brutality and grosse infringements of civil liberties experienced during the G20 and Maple Spring protests, to the deadliest environmental project ever created, there’s little to go thumping our chests about as we trot around the globe. 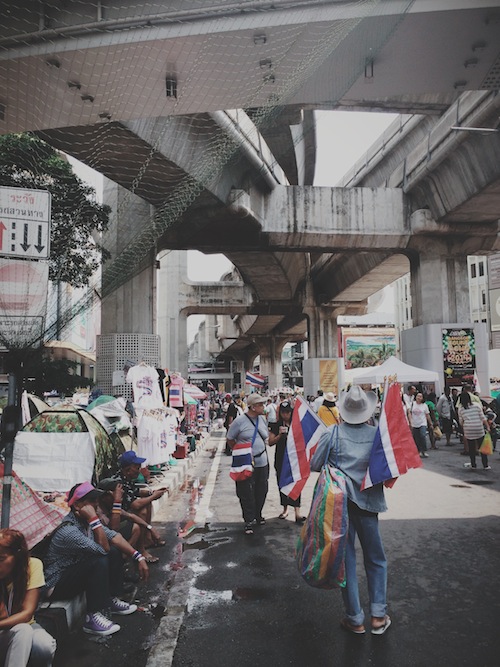 Of course, all states have their their triumphs and travesties, and one joy of traveling may be the bliss of simply passing through. Little to cling on to other than your personal baggage and itinerary. But this rhythm is of great disservice to artists and storytellers when it ignores the here and the now and the then of the people around us.

Our hostel in Bangkok happened to be situated smack dab in the epicentre of the #ShutdownBangkok movement. Hordes of protesters have set up camp in the middle of one of the busiest commercial arteries. Despite my best efforts to understand the revolutionary movement before arriving, much of it remains lost on me.
It’s normal. Complex geopolitical realities aren’t exactly easy material to absorb. Understanding what rests beneath class breakdowns isn’t as simple as noticing extremely visible urban economic disparities. To begin to understand this, we need access to stories and storytellers. Access that is neither easy to find at home or abroad.

Abroad – most specifically when on holiday – we’re faced with extreme time constraints atop linguistic barriers. Whereas at home, our culture and stories are largely filtered through mass media conglomerates. Resistance begets resistance and without the tools to disseminate stories we remain complacent to our collective struggles.
And therein lay the power of the great equalizer that was promised to be the World Wide Web. Here, communities gather and intersect to share stories and fight back against economic injustice, against patriarchal forces, and against systemic and institutional white supremacy. Adequate translating and web accessibility permitting, both tales of a Thai uprising in Bangkok and the fight to save a student-run community garden at Carleton may be analysed, celebrated and spread far and near.

We are still relatively in the early stages of the game changer that is the Internet and much remains to be learned (and protected) if we are to reach an iota of its true potential.

As theatre artists, we need to challenge ourselves to see past imaginary invisible lines on maps and embrace the multitude of voices stepping up to change worlds. We must share these stories all while remaining mindful of cultural appropriation. The Internet is vital to making sense of complex matters and without it we’re left to cliché snapshots, cheesy tour books, and blankly staring at silent Just For Laughs gags in a room filled with people who each carry thousands of unheard stories. Without it, we’re left to Olympic medals and maple syrup. 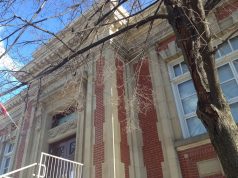 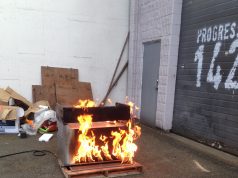 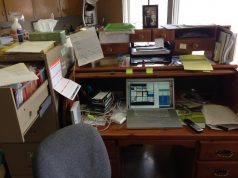