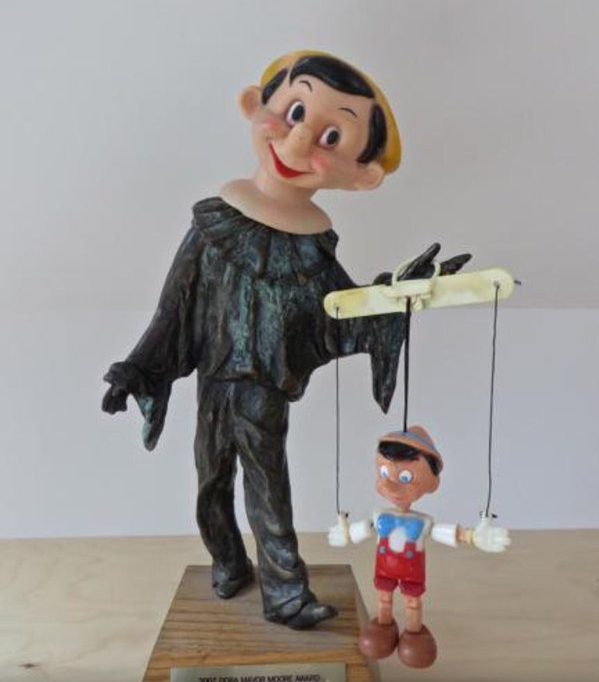 A friend of mine once approached a theatre critic in a mid-sized North American city who was known to give consistently boostery reviews. This critic seemed to love everything equally no matter the level of skill or ineptitude on display. My friend asked the critic if perhaps they felt that the community might benefit from a more critical public dialogue. The critic told my friend, very kindly, that it wasn’t their wish to destroy people’s dreams.

“People’s dreams”. Dreams. You see what’s happening here? This is not about work. This is not about a service to a society. This is about the dreams of some people. If our work is looked upon as some dream we hold for ourselves, then how are we not simply engaged in a self-indulgent attempt to gain attention or praise or acceptance that we somehow missed out on at some other juncture in our lives? How can we expect to be taken seriously, that our work is to be seen as essential and important? This is not a dream, this is work. A Job. And, I say, the mimicking of the American award show model does nothing to further the work of the job. It presents us as aspirational dreamers, falling into tears at a sliver of recognition, desperately relieved at the proof of acceptance, bolstered by this shiny encouragement, “You like me! You really like me!” Please. Fuck. Off.

And what’s really disconcerting to me is that, as I write this, I consider how I’m going to piss certain people off and I’ll never get another Dora – or Jessie or Betty or Stirling or Meritt – and how it would be nice to think of getting just one more. Why? Why do I care? Because it feels good? So did smoking. What does it really matter? Will my dreams not be realized? For god’s sake, I’m a 53 year old white dude who struggles with relevance daily, and making theatre is really really hard, and if it’s just about dreams then I’m going to find me some new dreams and I’m outta here. (And to myself I say: please. fuck. off.) Look, if you’re going to give me something, give me money. Or a Harold.

The Harolds were formed in Toronto late in the last century by a group of us who – number one – wanted to honour a true theatre weirdo and – number two- wanted an alternative to the Toronto Dora Awards, a fancy-dress booze-up that even in the last century felt old-fashioned and Oscary. Though technically the Harold is called, and is as an object, an award, if you receive a Harold you are not a winner you are a Haroldee. I, a Harolder , Harolds you, a Haroldee. And when Harolded, you win the opportunity to Harold someone of your choosing the next year. The Harolded becomes the Harolder. And one needn’t Harold for any one thing or any particular position – a stage manager can be Harolded, or an actor, or a sound technician, or a box office worker, or a publicist – one year Asher Turin was Harolded for being an excellent audience member – one can even Harold someone because they love the person’s work and want to meet them, or date them, or what-have-you. There are no nominees, no losers, no rules. So in fact what one wins when one is Harolded is power. A voice. A chance to say “this person in our community who you may not even know deserves to be celebrated”. And interestingly, the Queen of the money awards, the Siminovitch, also offers as its greatest gift to the prize-winner, not the life changing hundred thousand bucks, but the opportunity to give twenty-five thousand of it away to a younger artist. Three cheers for money and power.

(And here’s some background on the Harolds that makes it all the better: Though many will chose to reframe things so that Harold’s attendance at a show was seen as a wonderful endorsement or a great honour, I and many others will tell you that when Harold was discovered preshow in the house – with his plastic baggery and his sandwich eating and his potential random full-voice mid-show declarations, the reaction backstage was more often than not, “Oh fuck, Harold’s here.” And even still the guy gets an award named after him. Now THAT’S community!)

So I say, keep your unwieldy statues and sad/glitzy evening affairs. Give us money or give us power. Give us a Siminovitch or a Carol Bolt or a GG or a Harold. You want to celebrate the community? Take the money it would cost to put on the Doras and split it between d’bi young and Michael Healy and David Yee so that they can make some art and give me four hundred bucks and I’ll organize a BBQ on the island.

This year’s Harold Awards are on June 6th at the Cadillac Lounge. 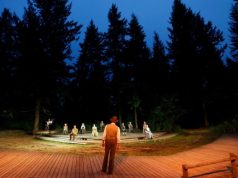 Our Town: choosing a play for a landscape and a community 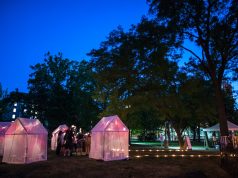 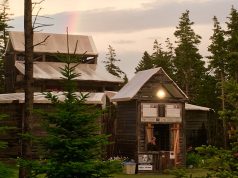