The banner image on The Harold Awards website reads:

“Celebrating Shit Disturbers and Community Members since 1995“. This is a good distillation of what’s going on with these awards now celebrating their 21st year.

Founded in memory of Harold Kandel, a notorious and beloved audience member of indie theatre known for his propensity to heckle – the awards are the closest thing Toronto theatre has to an underground institution (okay, maybe also The Wrecking Ball).

The way The Harold Awards work is simple: Everyone who won an award last year has to organize the the following year and pass their Harold Award on to someone new. Anyone can receive a Harold be it an artist, stage manager, volunteer – heck they’re founded in memory of an audience member so that’s cool too. Each Award has it’s own ‘House’ named after the founders of The Harolds  – which you can check out here:

Ideally Haroldees, as they are known, don’t know they are being Harolded so there is a high degree of subterfuge and, well, lying, that goes into the event. Drinking and heckling is encouraged. Any mention of the Dora Awards is rigorously boo’d.

In this edition two of the founders of the Awards, Sarah Garton Stanley and Daniel MacIvor write about what the awards mean to them now, while I reflect on what they mean to someone who never met Harold Kandel.

This year the Harold Awards are June 6 8PM at Cadillac Lounge, if you read these articles and you don’t want to come – that’s cool, but here’s hoping you do. 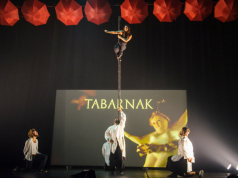 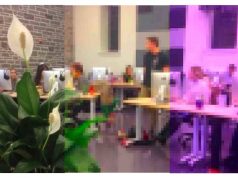