As a fine and performing arts artist born with Osteogenesis Imperfecta (also known as Brittle Bones), this puts me at a weight of 27lbs. at approximately 2’ ¾” in stature. To say that I am one of the smallest women in the world would be an understatement, but I have yet to discover if I am actually the smallest woman in Canada!

Last year, I was honoured with the privilege of becoming the first Playwright-in-Resident for Inside Out Theatre in Calgary, Alberta. This role would mean composing a full-length play alongside Col Cseke, the Artistic Director of Inside Out who recruited me. With Col’s professionalism and experience, he would guide me in this process of creating a play that would take the stage by January 2018! Sounds like a long ways away, but this past year has already flown by so quickly!

Upon our initial meeting, Col and I brainstormed plays I was familiar with, but in that brief moment, I could only think of musicals I had seen growing up in Whitehorse, Yukon and Vancouver, BC. I admit that my last recollection of writing anything theatre related was in my early high school days, so I never considered myself to be an official playwright until Col “discovered” that there was a lot more to me than just my life as a visual artist since I was three years old!

From my high school acting classes up north, to my time at Simon Fraser University where I wrote and performed my International Women’s Day speech /testimonial to Eve Ensler’s The Vagina Monologues in 2003 and 2004, as well as performing in public bi-weekly Blackbox Theatre shows, followed by my studies at Emily Carr University where I graduated with my Bachelors of Fine Arts Degree in 2010, I learned more about the process and physical experience of writing and performing live in front of crowds of up to 100 people or to sold-out shows in large auditoriums of up to 400 people each night! Suddenly, my body was no longer mine alone!

Even though I was clothed in all of my earlier projects, I quickly realized that no matter what – both on and offstage, clothed or unclothed – society would always be watching and interpreting what they see and hear. By physically taking the stage, every performing artist essentially places oneself into a vulnerable state that automatically invites the audience to look at the physical being whether the person’s body fits the stereotypical Barbie doll figure “8” image or not. At this point, one may wonder how the viewer should interpret this vantage point. Naked or clothed, is the body a form of art, beauty or merely a spectacle of mockery and criticism? 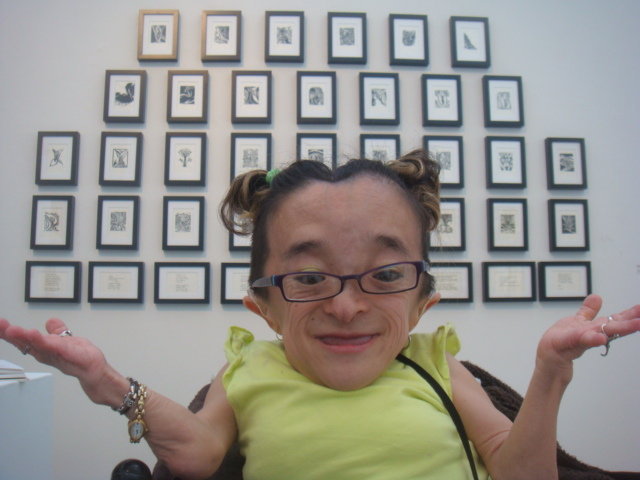 Knowing that inclusivity is the key focus and mission of Inside Out Theatre projects and activities, I felt that in order to make a statement and make our play memorable it needed to reflect these concepts as the foundation for our play. Throughout our writing process revelations about my personal experiences with my body as the main attraction became very prevalent.

By incorporating anyone’s body into any art piece or performance, one’s mind, body, and soul become even more vulnerable; therefore, one may say that the performer’s body becomes the highlight of the presentation. In my case, my physical irregularities and curves that society is not accustomed to, suddenly become objectified, just as they would become with any other person’s body. I tend to be very conscious of people staring at me in public as they comment on my identity, referring me to as an alien, a baby, and a disgrace to society, which could be due to cultural upbringing. I’d like to think that this is only because of cultural differences, but I have stopped trying to analyze people’s reactions to my unique appearance, which I also attempt to highlight in my play.

The premise of our play portrays the relationship between a petite female artist with a disability and an able-bodied straight Caucasian male gallery owner. The question lies in what kind of relationship these two characters share. Are they simply business partners or are they lovers? If they are lovers, how then do two differently-abled bodies fuse together as one? Not only are these questions of possibility versus the impossibility of being physically intimate with a person who is so petite, but the story line introduces the idea of two seemingly polar opposite characters coming together as more than just business partners and friends. Leaving it up to the audience to determine how well these characters really know each other increases the rises and falls in energy and dialogue throughout this play. 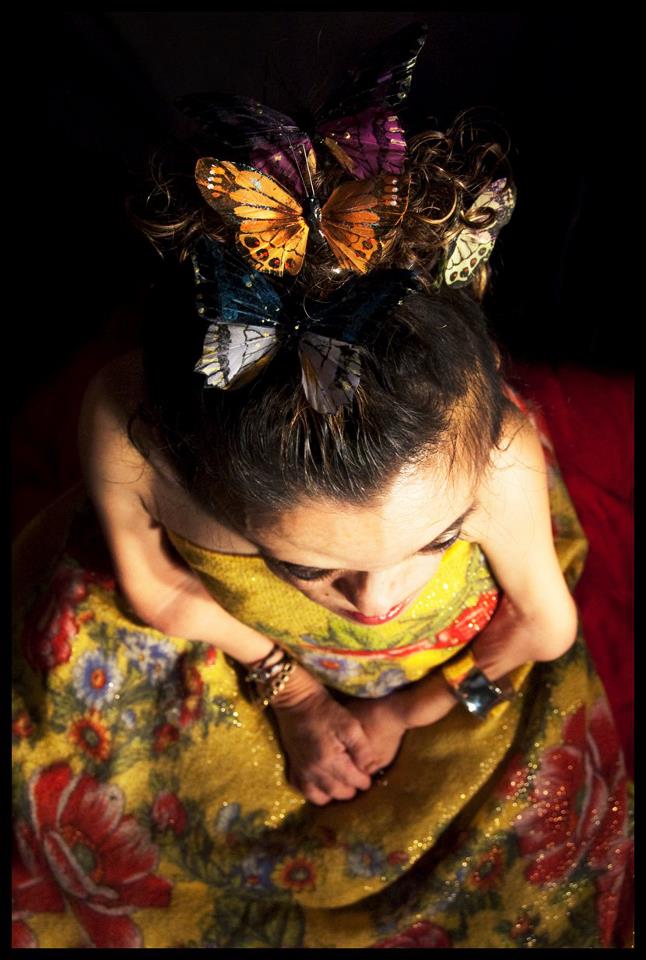 It evokes a wave of constant emotions that expose very prevalent issues that exist in our society. The image of the body sustains a myriad of opinions as to what constitutes beauty, popularity, normality, and acceptance in today’s society. We are consumed by sexualized images of celebrities, body builders, and fashion models, to name a few examples. Not only does this lead to issues of self-acceptance, confidence, and self-esteem, but the underlying message lies in the questions of beauty and art from a disability perspective that tends to get swept under the carpet without the attention and education to teach society how to overcome this fear of stepping over boundaries to let love prevail no matter what barriers lie ahead.

As a skinny straight white male in North America embarks on a partnership with a particularly tiny woman of no mentioned ethnicity, Phillip and Dotty must make learn to adapt, communicate, make compromises, and often use one another where one sees benefits over the other in order to gain a notable stance in society. Isn’t this what every person wants in life? Love? Acceptance? Fame and fortune?

“Make Love Not Art,” really boils down to one objective to achieve a unity and equality without discrimination, stereotypes and the constant labels and categorizations of a person’s physical, mental, emotional state no matter who you are. It takes viewers on an eye-opening journey of power play, dis-ability and a love that holds no boundaries between the fictional characters and the creators of this play, themselves with eternal gratitude that speaks volumes to the world around us.