When Canadian Stage announced its 2016/17 season programming at the end of January, artistic director Mathew Jocelyn was firmly criticized for not engaging a single person of colour in a key creative position (playwright, director, designer, choreographer, etc.) on any of the season’s 18 shows. You may be surprised, but I completely understand why he may have made such a programming decision. Moreover, I am glad he did this. I am glad because Jocelyn’s artistic direction is reflective of the vast majority of Canadian theatre institutions. Their tendency is to rely on the non-traditional casting of one or two actors of colour per season to address any diversity concerns.

Most theatres, however, subscribe to a curious mix of societal and colourblind casting, where (with one or two exceptions) actors of colour are asked to appear as people who look like they do in society, while at the same time are encouraged to leave the richness of their cultural histories at the stage door. Inevitably the characters they play are White people with Black/brown skins. While there is nothing fundamentally wrong with that, diversity is also about embracing culture-specific or gender-specific voices.

When I was an actor (a very long time ago), one of the most outstanding experiences I ever had took place when I was cast in Other Female Parts (Orgasmo Adulto Escapes from the Zoo), a series of monologues for women written and translated from Italian by Franca Rame and Dario Fo with Estelle Parsons, and directed by Darryl Wasek. Each of the three women cast played three different roles. Early in the rehearsal process I approached Wasek about the possibility of taking the monologue written about a jailed and tortured member of the Red Brigade (a left-wing paramilitary organization in Italy), and transposing it to a jail cell in apartheid South Africa, to play her as an ANC political prisoner. I also asked him about the possibility of transporting the piece about a working class Italian mother with a colicky newborn (and an unhelpful husband who spends most his free time watching sports on TV, or at the bar drinking with his friends), to Toronto with the character as a Trinidadian immigrant. He responded with excitement and encouraged me to pursue these explorations. As the only woman of colour in the cast, I felt the breadth of my cultural heritage was not only welcomed, but embraced. Those kinds of experiences are all too rare.

There are and have been valiant efforts made in the struggle for play equity (I can vouch for this personally). However, the enterprise of constructing a more diverse Canadian theatre suffers from pernicious anemia. As John Dyer noted at the No Boundaries arts and culture symposium in Bristol, UK,”[currently] we have diversity without inclusion. “Diversity is asking someone to a party,” Dyer explained, “inclusion is asking them to dance.”

A diversity of key creative personnel on a production brings a breadth of cultural knowledge. We are trained just like our White peers, and can not only render complex interpretations of works by playwrights of European descent, but many of us also have one foot planted in our own culture (or the culture of our parents), which can mean that the lens through which we perceive the world is larger. This is especially true of playwrights of colour. Our very perspective, as normative as it may appear, is a vantage point from which an audience can see the world from a new perspective, therefore widening the viewers’ aspect. Moreover, new perspectives can also attract new audiences, which can translate into added revenues. Besides, what is the aim of theatre if not to help us understand our lives, our society, and to assist us in envisioning a better world?

Hence my gratitude to those who boldly and publicly questioned Canadian Stage about its choices. I was thrilled when I had heard that J. Kelly Nestruck (The Globe and Mail) pointed out the blunder in at least two articles covering Canadian Stage’s season announcement. Still, I am even more indebted to the host of theatre practitioners who dared to speak out as well. Their courage remains under acknowledged. For most artists in the theatre, public criticism of a theatre company can be an act of career suicide. I would be pleasantly surprised to find any of those critics welcome at Canadian Stage in the foreseeable future. All the same, but for their fearlessness we would not be having this crucial conversation.

According to the 1987 seminal study The Status of Women in Canadian Theatre by Rina Fraticelli, women made up just over 10% of the key creative positions in the theatre. Thirty years later, while women count for over 50% of the students attending institutions offering theatre training, we number less than 30% of its creative leadership. Women playwrights of colour fare worst of all:

For example, women form 50% of Playwrights Guild of Canada’s membership, but they do not account for even one quarter of the nation’s produced playwrights (the numbers for women of colour are lower yet).

Most striking is the systemic nature of this kind of bias.

Quite frankly, I do not believe that Matthew Jocelyn set out to exclude people of colour from Canadian Stage’s roster of artistic collaborators. His decisions reveal what might typically be referred to as implicit or unconscious biases. That is, he most likely does not even know that they are there. Neither is he the sole culprit. This kind of occurrence is ubiquitous in our arts institutions.

For instance, let’s say that a board of directors predominantly made up of White males (as is common in this country) begins interviewing applicants to replace an outgoing artistic director. This board may be considered to be quite progressive thinkers. However, among all of the candidates they speak to (including men and women of all races, ethnicities, and sexual preferences), this board will likely be more impressed by the candidate who shares their experiences, their aspirations and their points of view. Moreover, they imagine that this particular candidate would run the theatre just the way they would. And that candidate would, more likely than not, be just like them: a White male.

Once appointed, this new artistic director, will read and see an enormous number of plays in preparing his new season. However, what will excite him and move him the most are plays that reflect his experiences, aspirations, and his point of view. He imagines that this particular play is the kind of work that he would have written. And that playwright would, more likely than not, be just like him: a White male.

The same systemic approach can be applied to the selection of a director, a designer, and other members of the artistic team.

This is called a blind spot.

Blind spot: An area where a person’s view is obstructed. In a vehicle this is an area around the vehicle that cannot be directly observed by the driver while at the controls.

Blindspots: They are—for lack of a better term—bits of knowledge about social groups. These bits of knowledge are stored in our brains because we encounter them so frequently in our cultural environments. Once lodged in our minds, hidden biases can influence our behavior toward members of particular social groups, but we remain oblivious to their influence. Most people find it unbelievable that their behavior can be guided by mental content of which they are unaware.[i]

Blindspots reflect social and cultural attitudes we may not be aware of, that exist in our own psyches. If you unconsciously believe that men are better playwrights than women, not only will your programming decisions reflect this belief, but you will have no awareness that this belief system exists inside of you. However, over the last two decades, science has begun to develop a way to identify these hidden convictions.

Will such a test solve the problem of all White, predominantly male theatre seasons in Canada? Likely not. There are a whole host of strategies which may help to bring play equity to the theatres in this country. But an approach that I find holds the most possibilities involves:

And if awareness is indeed the first step, the IAT test might just be a wonderful place to start. 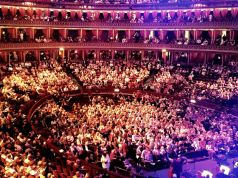 Diversity in the Most Diverse City 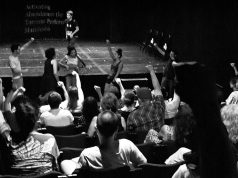