This is my 14th thought. Well anyone who has ever worked on a show with me or created a show with me know that I’m terrible with endings. So I don’t have a plan for how to say goodbye only to say that it has been a real treat to spend a month putting my thoughts down and thinking of whatever and having a virtual space to share it. I’ve been on a whole journey all month, all over, and now I’m home, and I feel like I’ve shared some good thoughts and some frivolous thoughts. I just want to leave you all with love so share love everyone. Take care.

This is my… oh… I didn’t even look at what thought it was. It is my 13th thought. Wow, 13. Well my thought for today is about how we stand on the shoulders of those who comes before to accomplish everything we do in life. That someone has opened that door for us, someone has already paved the road you get to walk on and that’s really really hitting me today. In whatever way forward we go, that someone has laid the path. 13th thought, there it is.

Its January 25th and this is my twelfth thought.

So the other day I was jogging down the street, it was like a downhill part of the street, and the sidewalk isn’t well maintained, so there’s all these big grooves that pup up. Anyway, point being, my foot hit one of these grooves and I launched into the air, and fell flat on my chest and face and arms. And cut up all my hands and elbows and everything. But my first thought after I tripped and knew I was going down was “I hope no one is seeing this.” And I think that tells a lot about just.. well me. but also where our brains go when those things happen.

Its January 24th and this is my eleventh thought.

So I was thinking about how people want to jump into the skins of different cultures to have a different experience. I was watching this video of people from Germany where they have these Native American villages, where they dress up as Native Americans and live in this very stereotypical olden times. And its problematic in many ways but theres also something about it that builds empathy if it is truthful and if the people are opening up their minds and hearts to the ways of these people. And at least acknowledging the knowledge and strength that they held. I think that’s what we need right now is a bit more empathy.

Its January 23rd and this is my tenth thought.

So what I’ve been thinking about is that sometimes writing or music turns a corner after it has been really bad for a while. So I was writing this song for a show and for months, I kid you not, whenever I would sit down at the piano I would play the same little patterns and record it because like “Oh this is a great song I could use it in the future”. But it never got realized and by the end it was this nagging thing that was like “Oh will you just leave me alone and let me write other things”. But then two days ago I finally finished that song and it is like my brain has opened up and I can think of other creative things.

This is January 18th and this is my ninth thought.
I wondered how long it would take me to talk about collaboration but I’m going to start now. I think that I have become a better collaborator as I’ve collaborated with more people and they’ve taught me how to be a better collaborator. I think that when I was younger I wasn’t very good at it and I was kind of bull headed and tried to get my way on things without looking at a bigger picture. And I think I definitely still have moments today where I do that, even though I try not to. But I think that because of the people I’ve had the chance to collaborate with they’ve made it where that’s not really our way of working and we don’t have to work that way because we’re open and we listen to each other.

t’s January 17th and this is my eighth thought.

I think that I’m a bit afraid of my thought today because I think its unpopular but I’m just going to ask it as a question instead. Why would it be so bad for people to record theatre performances? What makes theatre any different than a concert, a live concert where people are filming the whole show of music and lighting and set and everything. What is different about theatre? Other than the fact that it distracts the performers, yes. But that’s just cultural, we can change, we can make that a part of our culture that we film theatre so that it can be shared. And that it can hopefully inspire more people to see it. Wait, that was supposed to be a question.

It’s January 16th and this is my seventh thought.

I think that I struggle with calling myself a writer or composer or anything where I’m having to create something because I don’t find the process to be all that easy. I also don’t find it to be all that enjoyable. In the process of doing it I find it to be frustrating sometimes and painful. Its later on where I start to enjoy it. It’s the fine tuning and the editing and the crafting after its at a certain point I can begin to appreciate it and enjoy some of it. But in the early stages it is like pulling teeth.

This is Thursday January 11th and this is my sixth thought.

I’ve been going to some modern art museums here in New York City and I’ve decided that I think I like about 20% of what I see, the rest of it I’m indifferent to. But I wonder why in theatre we hold a higher bar that like everyone needs to like it. Or there needs to be some sort of consensus and that the response is like, you know, we want people to feel connected to it in a really deep and meaningful way. But in visual art or other art mediums that’s not the case and that’s ok. So why can’t we just believe and hope that we’ll be that 20% for whatever audience who comes to see our work?

This is Wednesday January 10th, and this is my Fifth thought.

Today, I’m in New York City pitching at the ISPA conference. I’m pitching Children of God, its a musical that I premiered last year in Vancouver and in Ottawa. And my thought for today is how even after you’ve created a show and produced that show, and feel that you know everything about that show, that you really don’t know everything and that you can never know everything. And so, as I prepare to pitch, and get ready for this sort of weird process of art-selling. I think about how much I really know about the work and what people actually need to hear to believe in it.

This my fourth thought.

I think this has probably been on a lot of people’s minds lately if you are following what has been happening in Toronto with Soulpepper. But I have been thinking about how grateful I am to Hannah Miller, Patricia Fagan, Diana Bentley and Kristin Booth for their bravery in the last week in coming forward and speaking up for what they know is the truth. I think that the next generations will owe them an enormous dept for their courage and bravery. That’s my thought for today.

You guys, tomorrow is my birthday. My birthday is January 5, I’m turning 31… I think… yes… 31? No, yes I’ve already turned 30. I always have this problem of not actually knowing what year, and I always have to do the math to get there. No… you know, it is. I’m turning 31. (Laughs) Umm… I don’t feel 31 but I also don’t feel younger than that are older than that, sort of like I feel a bit ageless but I’m excited for the day. And I think because when your birthday is so close to the holiday season like Christmas and New Year’s, like my family has always tried to make a big deal out of my birthday. But, that’s the day. And it’s tomorrow. So… happy birthday.

Immediately after sending my first thought, my next thought was how unoriginal I was. And how I was talking about creativity and yet my first thought that I was sharing had a lack of it. So I thought my second thought would be about fear and doubt. I think it’s interesting how our thoughts turn to the negative and how these sort of, vampires creep in and try to suck away the joy and love from our creativity. And so… ya, from title show, they used to say “die vampire die”, and that’s what I think about those negative thoughts… so unoriginal or not, here they are.

I’m always thinking about ways to be more creative and how to carve out time for creativity even in the smallest way. I think that’s what I’m going to try to get better at, is planning for creativity and making space for it in my day. I’ve heard a lot of people talk about this and it sounds like it’s successful, it sounds like it’s a better way of doing it than like thinking that the time will make itself available. But maybe when you actually write it down and like, you know, be a grown-up about it and actually make time for it that it will actually happen. And maybe it won’t! And maybe I’ll find out just like every other resolution that it didn’t turn out the way that I thought it would. I think making time for creativity kind of keeps me sane so that’s my thought for today.

All right, happy new year everyone! 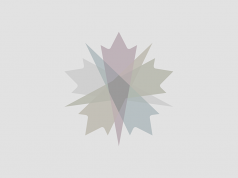 The Thought Residencies are back!